President Biden recently announced his $1.8 trillion American Families Plan (AFP), the third step in his Build Back Better policy initiative. The announcement followed the previous releases of the proposed $2.3 trillion American Jobs Plan and the Made in America Tax Plan. These plans propose major investments in various domestic initiatives, such as expanded tax credits for families, offset with tax increases on high-income individual taxpayers and corporations.

Proposed Tax Changes for the Wealthy

The AFP would reverse many of the provisions in 2017’s Tax Cuts and Jobs Act and other parts of the tax code that benefit higher-income taxpayers. These taxpayers could be hit by changes to the following:

Individual tax rates. The plan proposes to return the tax rate for the top income bracket to Obama administration levels, going from the current 37% to 39.6%. It’s not clear whether the income tax brackets will be adjusted. For 2021, the top tax rate begins at $523,601 for single taxpayers and $628,301 for married taxpayers filing jointly.

Capital gains and qualified dividend income. For those with income of more than $1 million in a tax year, the AFP would tax long-term capital gains and qualified dividend income as ordinary income — in other words, at 39.6%. Long-term capital gains currently are taxed at a maximum rate of 20% (effectively 23.8%, when combined with the net investment income tax), depending on taxable income and filing status.

The AFP proposes to broaden the NIIT by applying it to all types of income greater than $400,000, rather than only investment income. On top of the hike in capital gains, these taxpayers would face a tax of 43.4% at the federal level. With state and local capital gains taxes, high-income individuals could face an overall capital gains tax rate that tops 50%.

Stepped-up basis. Under existing law, the income tax basis of an inherited asset is the asset’s fair market value at the time of the deceased’s death, not the deceased’s original cost for it. This is referred to as “stepped-up basis.” As a result of this rule, the gain on appreciated assets isn’t subject to taxation if the heir disposes of the assets at death.

To reduce the incentive to hold appreciated assets until after death — rather than subjecting them to capital gains taxes — the AFP imposes limits on stepped-up basis. Specifically, it ends the practice for gains that exceed $1 million, or $2.5 million per couple when combined with existing real estate exemptions. The Biden administration has indicated that it would carve out exceptions for property donated to charities and family-owned businesses and farms.

Carried interest. A “carried interest” is a hedge fund manager’s contractual right to a share of a partnership’s profits. Currently, it’s taxable at the capital gains rate if certain conditions are satisfied. The Biden administration would tax carried interests at ordinary tax rates.

Like-kind exchanges. Also known as Section 1031 exchanges, like-kind exchanges allow a taxpayer to defer the recognition of a gain on the exchange of real property held for use in a business or for investment if the property is exchanged solely for similar property. The AFP would end such deferrals for gains of more than $500,000.

Tax Relief for Individuals and Families

While the AFP would increase the tax liability of high-net-worth individuals, it’s also designed to help those less well off. It would do so through a variety of tools, including the following:

Child Tax Credit (CTC). The American Rescue Plan Act (ARPA), passed in March 2021, temporarily increased the CTC from $2,000 to $3,000 for eligible taxpayers for each child age six through 17, with credits of $3,600 for each child under age six. It also makes the credit fully refundable in most cases.

The current $2,000 credit is subject to a phaseout when income exceeds $400,000 for joint filers and $200,000 for other filers, and it’s generally refundable up to $1,400 per qualifying child. The ARPA continues the typical phaseout treatment for the first $2,000 of the credit in 2021 but applies a separate phaseout for the increased amount — $75,000 for single filers, $112,500 for heads of household and $150,000 for joint filers. Under the ARPA, the U.S. Treasury Department will make monthly advance payments for the CTC beginning in July and running through December 2021, based on taxpayers’ most recently filed tax returns.

The AFP would extend these CTC increases through 2025 and make the credit fully refundable on a permanent basis. The proposed extension would include the regular advance payments from the U.S. Treasury Department.

Child and dependent care tax credit. The ARPA expands this credit for 2021. Taxpayers can claim a refundable 50% credit for up to $8,000 in care expenses for one child or dependent and up to $16,000 in expenses for two or more children or dependents — making the credit ultimately worth up to $4,000 or $8,000. It begins phasing out when household income levels exceed $125,000; for households with income over $400,000, the credit can be reduced below 20%.

The AFP would leave this increase in place permanently. Families with an income between $125,000 and $400,000 would receive a partial credit.

Health insurance tax credit. The ARPA also increases the availability and the amount of premium tax credits (PTCs) under the Affordable Care Act (sometimes referred to as ACA subsidies or cost-sharing), retroactive to January 1, 2021. It extends PTCs to anyone who receives, or was approved to receive, unemployment benefits in 2021. It also limits the amount that anyone who obtains insurance through the federal or state marketplaces must pay for premiums to 8.5% of their MAGI — regardless of their income. The AFP would make this expansion permanent.

In addition to the individual tax proposals, the Biden administration has proposed a swath of changes in the taxation of businesses. For example, the AFP would make permanent the limit on excess business loss deductions.

The Made in America Tax Plan contains many more provisions relevant to businesses. Among other things, it proposes to raise the corporate tax rate to 28%, the midpoint between the 21% rate enacted during the Trump administration and the Obama administration level of 35%. The plan also proposes several changes to international taxation rules, including raising the tax rate on global intangible low-taxed income to 21%.

The Made in America Tax Plan would also impose a 15% minimum tax on book income (as opposed to the income reported on corporate tax returns) on large companies that report high profits with little or no taxable income. Note, too, that Treasury Secretary Janet Yellen has stated that the United States is working with other countries to set a global minimum tax rate.

The American Jobs Plan, on the other hand, provides several tax incentives and other support for businesses. For example, it would provide $52 billion to promote domestic manufacturing and $31 billion for small business programs to expand access to credit, venture capital, and research and development funding. It proposes targeted credits related to clean energy generation and storage and expanding the Section 45Q carbon credit. And it would provide an expanded credit for employers that provide workplace childcare facilities.

In a recent study, the IRS found that the top 1% of individual taxpayers failed to report 20% of their income and failed to pay nearly $175 billion in taxes owed annually. The Biden administration proposes providing the IRS with the resources and information it needs to address the “tax gap” (that is, the difference between the tax owed by taxpayers and the amount that’s actually paid on time).

The AFP calls for a significant boost in the funding of IRS tax enforcement — $80 billion over 10 years, which, on an annual basis, nearly doubles the agency’s 2021 enforcement budget. The closer scrutiny would focus on large corporations, partnerships and wealthy individuals. It also would require financial institutions to report information on balances and account flows to better track earnings from investment and business activities. The Biden administration has stated that the enforcement efforts won’t target households with less than $400,000 in annual income.

The Biden administration and the slim Democratic majority in Congress have already demonstrated with the ARPA their willingness to use the budget reconciliation process to pass fiscal policy legislation on a majority basis in the U.S. Senate. That approach, however, requires unanimous Democratic support.

Moderate Democrats in Congress could demand the trimming of certain proposals regarding tax increases or reject them altogether (for example, the higher taxes on investment income and changes to the step-up in basis). We’ll keep you up to date on the provisions that survive and any that might be added during negotiations, such as an elimination of the limit on the state and local tax deduction.

For questions or concerns regarding this information, contact us here. 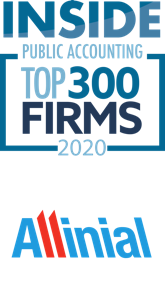