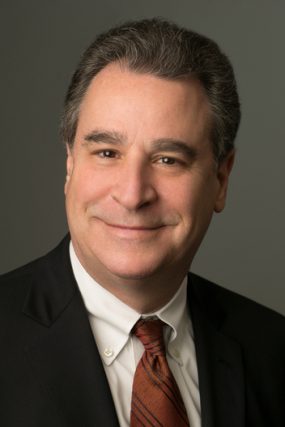 John provided tax consulting and deal support for a large tech company during their sale of the company to a private equity firm for $250 million.  During the engagement, he was responsible for assisting with the tax issues in the deal documents and analysis of the tax impact of the varying deal structures considered by the purchaser and the seller.

John developed a strategy, which resulted in a $170 million refund for the largest 1031 exchange group in the US during their restructuring.  He was able to guide the client through the entire process including a 9-month IRS audit and the review by the Congressional Joint Committee of Taxation.

John provided innovative tax consulting associated with the preparation of the consolidated returns for a publicly traded retailer with over 100 corporations and filings in more than 30 states. In a year when the entity recovered several hundred million in a lawsuit settlement, John was instrumental in tax planning, avoiding a potential seven-figure Alternative Minimum Tax liability.

By utilizing a unique approach to restating earnings of a national retailer, John was able to recover refunds of federal and state income taxes in excess of $15 million during their restructuring efforts.

During the restructuring and ultimate liquidation of a major Washington, D.C. area developer whose interests included more than 50 commercial real estate partnerships and S corporations, John was engaged to maximize the return to partners, shareholders and creditors as well as manage the complicated allocations of all income (cash and phantom) associated with the resolution and liquidation of all partnership entities.

For the last 26 years, John has been responsible for the ongoing planning and compliance for one of Baltimore’s prominent developers. After the bankruptcy of the general partner, John assisted with the continued operations of the partnership while the new general partner rebuilt the enterprise which is now valued in excess of $90 million.

As an experienced tax advisor, John has testified in federal court regarding the contested ownership of tax refunds exceeding $2.6 million generated by losses of a consolidated group in one of the largest frauds in the U.S. During his representation of the defendant in a suit to recover a one billion dollar payment made to purchase his cable company, John prepared an expert report/affidavit, which was instrumental in the dismissal of the case.

John has also testified as an expert in tax and accounting matters before the United States Bankruptcy Court and the state court in Pennsylvania.

John authors the tax section of Bankruptcy Practice in Virginia published by Virginia CLE Publications in additional to frequent speaking engagements regarding a wide range of tax matters.

He formerly served as an accounting and finance faculty member for the graduate school of business at Johns Hopkins University.